Category: Deceivers
Narcitron
Leader of the Deceiver subgroup called the seven sins, Narcitron is Galaxy Tyrants main general on Earth. Strong and powerful he is often nicknamed the arm of death with Galaxy Tyrant being the Herald of Death.
Narcitron rules the Decievers in Galaxy Tyrants absence through fear and fear alone. He is a confident and capable ruler but victory often alludes him because of his overconfidence and underestimation of his opponents. Indeed Narcitron has zero respect for anyone except Himself and Galaxy Tyrant (in that order)
Despite these obvious flaws in his character Narcitron is perhaps the most deadly Deceiver on Earth and fully capable of cleaving large Bots in two.
Ravenous
Twisted and evil, Ravenous possesses the ability to break down matter of any kind into energy. This often creates a surplus of energy however Ravenous wouldn’t dream of sharing any of this with his fellow Deceivers. He often delights at seeing the look on his fellow Deceivers visage as he scoffs surplus energy in front of them while remarking how full he is. Obviously this fuels much resentment amongst the other Deceivers however as most hate each other then its hard to notice if Ravenous is hated more than anyone else.
When the Deceivers attack a city often Ravenous is the last to leave and can be found gorging himself on the tastiest morsels left over from the destruction. Munching down on oil or fuel tankers are his favourite.
Because of his tendency to be the last at a battle Ravenous is now in his third body and starting to show signs of code fatigue. Thos body has been built to include a huge gaping maw in order to fit more and more matter into his energy converters. Its mind warping to think what Ravenous may look like should he reach his tenth incarnation, but whatever that is it is sure that the Queen will be pleased.
Siren
After the battle of death valley Siren was utterly destroyed by the combined firepower of a Defiance surge tank and Brad Hasselhofs Nighthawk. Her code fled to the ether where it was connected to the Deceiver factory. The factory read Sirens start up code and from that, started to build Sirens new body.
When Sirens full code was awakened she was a very different Bot than she was previously. As her name suggests Siren had always had an allure, her signature move was to lure enemies into an ambush with a distress call.
Now Siren is even more alluring. Her robotic body even moves in a disturbingly sensual but sickening way. Her new signature weapon, the electro whip, replaces her old body’s pugilistic attachments.
Siren still remains a very dangerous Deceiver, even more so in her updated visage. 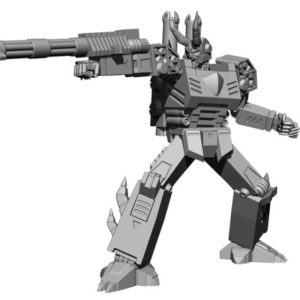 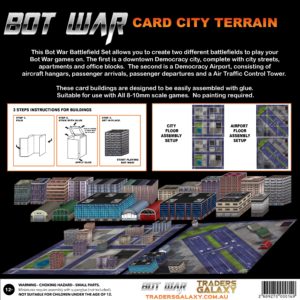 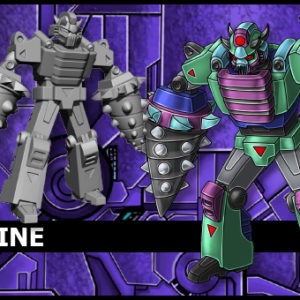