Both the Personnel Transport and the Destroyer light tank first saw service during the first Atlantican war. Both were used primarily to try plug holes in the Democracy lines. The Destroyer mounts a powerful rail cannon which was developed to take out the powerful Atlantican Poseidon and Kraken class tanks. It was very successful in that role tying up more Atlantican air patrols to protect their armour.

The Personal Transport or “PT” as Democracy troops fondly call it, is a large half track capable of carrying an entire platoon of troops. Half tracks had not been used on Earth in years however the vehicle type was made popular again based on the difficult terrain Atlantican forces used to their advantage. The Democracy simply didn’t have the tyre and suspension technology that the Atlanticans had at their disposal so turned to earlier technology in their need. 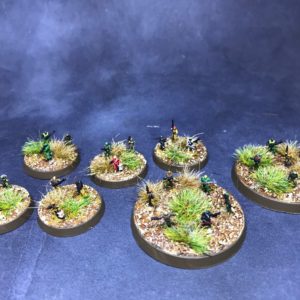 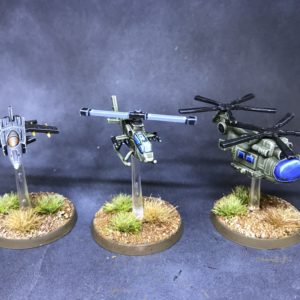