This set comes with enough parts to make 1x Stomp
This is a metal multipart kit.  Superglue required for assembly (not included)

With every rule there is always an exception. That’s the best way to describe Stomp. Usually, it would be impossible for Deceivers to repent of anything and therefore impossible for them to download the Trasher code.
But by one in a trillion chance Stomps true code got cross wired on his last download and some but not all elements of the Trasher directive merged.
How this affected Stomp is hard to say. Firstly for some reason his intelligence levels dropped dramatically, along with his vocabulary. His new body became stronger and more powerful. He retained his previous firepower but lost his flight ability. Either way the Deceiver Stomp was before is lost, whats left is a dim witted walking powerhouse.
Stomp is a mercenary that can be coaxed into battle with the promise of energy or glory. He can be taken by any faction, it all depends whether the Trasher code is in play or not.
When its not in play Stomp is a violent and nasty piece of work. When it is in play he is a valuable ally. Its all about if the faction wants to take the risk 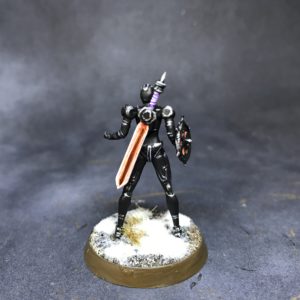