This set comes with enough parts to make Starfighter.

When the Valiant vessel entered Earths atmosphere Starfighter was at the helm alongside Angel, doing his best to keep the vessel steady. The largest Bot in the Valiant faction, Starfighter is a formidable warrior but a gentle giant. It is for this reason that he is often chosen as the messenger to the Beastlords. Starfighters ability as a pilot allows him to reach the isolated locations of the individual Beastlords. As a diplomatic liaison to the Beastlords, Starfighter has had only moderate success. However this is mainly due to the difficulty communicating or exhorting the Beastlords to action rather than through any fault of his own. Regardless, Starfighter is a powerful Valiant in his own right and towers ominously above any battlefield. 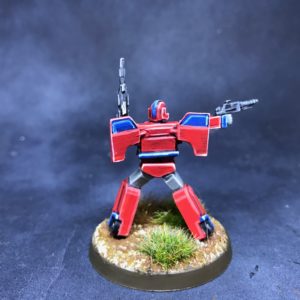 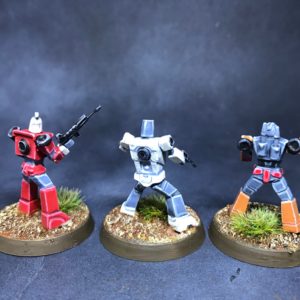